Zione Tchale, 41, a mother of two children from Chabwera Village, Traditional Authority (T/A) Sitola in Machinga, lost her husband in 2002.

She was forced to go back to her home village where, for seven years, she lived a tough life raising her children single-handedly as a jobless widow.

After some six years, she decided to venture into a business largely unexplored by women at that time, with trends only starting to expressively change in recent years.

“In 2008, I enrolled in a carpentry and joinery course at Macoha Technical College to gain skills for running my own business later,” Tchale recalls.

Misfortune struck just after she had thought her troubles were over. After opening a small carpentry shop following the completion of the course later the same year, an electric fault sparked a blaze that destroyed everything in the shop.

In 2019, another predicament hit her. A second shop she had put up got blown down by strong winds.

“Now, I did not have adequate tools and business capital. Unfortunately, there was no microfinance institution available to assist me with additional capital for a small business like mine. From 2019, my family was surviving on piecework until I got a loan two years later,” Tchale says.

In 2021, when the National Economic Empowerment Fund (Neef) started disbursing loans, Tchale joined an all-women group named Miracle and applied for a loan from the Fund.

Out of the total amount that the group received, Tchale received a K400,000 loan which she used to buy additional carpentry tools and materials such as timber and vanish.

She also used part of the money to set up a new carpentry shop at Liwonde, along the M1, near the main bus depot.

“I am a proud owner of a carpentry shop. I am able to craft all manner of furniture such as doors, beds, doorframes, chairs and kitchen units.

“The little capital for my business was limiting my production capacity because I could make only one item and wait for a customer to buy it so that I should use the proceeds for another item. Now, I am able to make several items for people to buy what they want when they want it,” Tchale explains.

Malawi has registered a significant number of financial institutions over the past decade. However, access to microcredit by small-scale traders remains low.

In particular, for poor women operating microenterprises, who usually lack assets for collateral required by many lending institutions, the problem is worse.

The 2021 Global Gender Gap Report by the World Economic Forum ranks Malawi on position 111 out of 151 countries on economic participation and opportunity for women.

The report further puts the country in the category of worst performing territories on the right to hold a bank account and get credit among women.

This is despite that several reports indicate women make significant contributions to Malawi’s economy through their micro-entrepreneurial activities.

Neef has eliminated most of the challenges women were facing to access funds for their businesses.

“I accessed a K400,000 loan from Neef for boosting my business. It was the first time I had an opportunity of obtaining a loan from an institution,” says Joyce Msini Richard, 31.

Richard plies her trade at Mpondagaga area in Makoka Village, T/A Mponde in Nkhotakota District. She has a grocery shop and owns a barber’s shop and motorcycles. 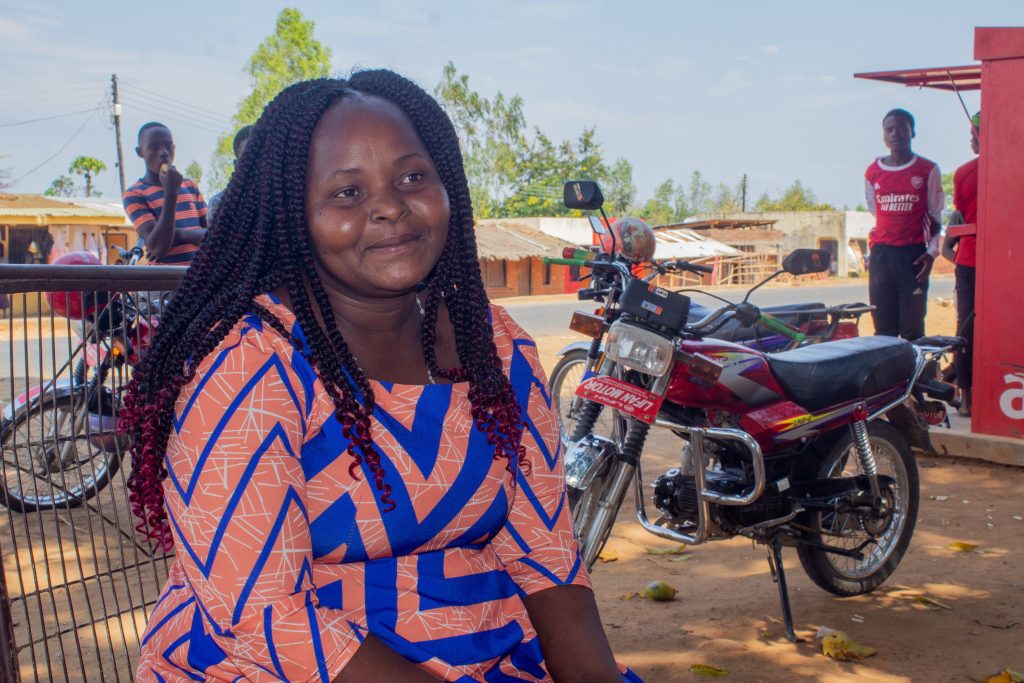 She is one of the thousands of women who have accessed loans for businesses from the Fund since February after she joined an all-female 10-member group that got a loan of K2 million.

“I used initial profits that I made from my grocery shop and the motorcycle to open a barbershop and a salon. I employed a motorcycle taxi rider and a barber,” Richard says.

She is not coy to declare that her life has greatly improved after she paid back her loan using profits from her pool of businesses.

Richard praises the Neef loans for the “little interest” that they attract, saying the arrangement makes it easy to repay the credits.

“I have applied for a higher loan of K5 million. I want to use the next loan to buy a truck for transporting sugarcane from my farm to the market,” she says.

Ensuring women’s easy access to economic and productive resources such as finance helps to increase their economic opportunities and supports their economic pursuits.

Additionally, women economic empowerment is fundamental for sustainable development and pro-poor growth which is key for achieving Sustainable Development Goals.

Neef Chief Executive Officer, Humphrey Mdyetseni, says out of over 90,000 people who have benefited from the Fund so far, 60,000 are women—those aged between 18 and 60.

“In the first year, because of the size of the fund and strategic approach adopted, we first prioritised ordinary and marginalised people who were badly in need of small amounts,” Mdyetseni says.

He is particularly delighted to see women, including those singly heading their households, reporting positive stories about the shift in their livelihoods.

“All these groups have reported that they are now able to meet their family’s basic needs. Some are even in bigger cross-border trade while others are constructing houses and other structures using proceeds from their businesses,” Mdyetseni says.

According to the Neef chief, more women are shifting from micro to macro enterprises after accessing the low-interest loans.

Some women groups that initially obtained K5 million qualified for double the amount and will be eligible for more depending on their ability to repay the loans.

“This demonstrates that Neef is creating millionaires while also economically empowering others at lower levels. We are accessible to all Malawians—both in rural and urban areas. In fact, we are more accessible in rural areas,” Mdyetseni explains.

In its first year, Neef disbursed K30 billion, a record amount for the Fund to make available to borrowers if previous periods before the institution was transformed are anything to go by.

During the 16 years, the institution operated without the drastic reforms that necessitated the establishment of Neef, a total of K26 billion was disbursed.

“But in just a year, we have disbursed K30 billion to augment our resolve in leveraging the microcredit sector and ensuring there is inclusion in the accessibility of the loans,” Mdyetseni says.