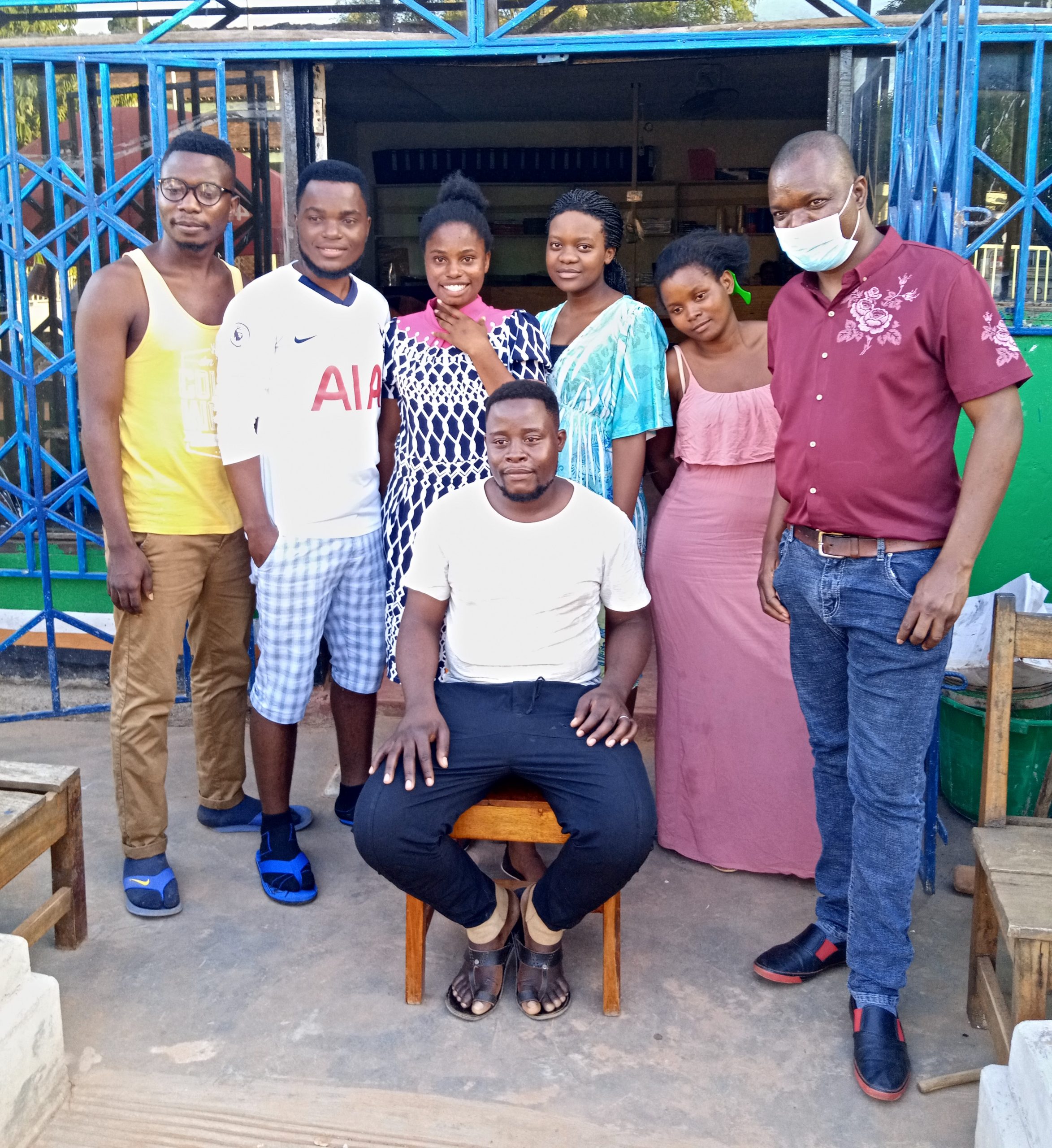 No Comments on Transforming lives one youth, woman at a timePosted in Success Story By Whyghtone KapasulePosted on 20 May 202125 November 2021

In a country where poverty and inequality remain stubbornly high, the power of a simple, small loan to those that fate and circumstances have disadvantaged cannot be overemphasised. At least that is the impression one gets after interacting with 28-year-old William Mwambila, who graduated from Salima Technical College with a diploma in information technology.

Initially short of ideas, he decided to take the only option that life presented to him immediately after graduating from the technical college: Entrepreneurship.

“It was not easy for me to opt for entrepreneurship, considering that countless people I knew had ventured into entrepreneurship, with little or nothing to show for it. But, then, it was the only option I had,” says Mwambira, who set up shop in Nkhata Bay District in the Northern Region. He started his journey in entrepreneurship by opening a small studio where he was ‘burning’ CDs after he got a licence for running such a business.

He ventured into the new terrain of entrepreneurship with a capital of K220,000, with which he bought basics for the business and paid rentals.

“Actually, I was operating from the verandah of a shop and I had to pay money for that space. Since the capital investment was not that sound, I was operating alone,” he says, recollecting his humble beginnings.

Things have since changed.

In January this year, he formed a group of 10 youths, which he is chairing, and, no sooner than later, they were visited by National Economic Empowerment Fund (Neef) officials, who encouraged them to commence loan processes so that, soon, they may have enough capital and, possibly, employ others.

This would, in more ways than one, help Malawi meet its job-creation goals, especially among the youth, all over the world considered as the most productive age-group.

The heavens smiled on group members as, in February this year, Mwambila and group members got a loan of K2.9 million, out of which he got K500,000.

“I did not think twice but to open a stationery shop, where I offer printing, photocopying services and design cards for events such as engagements, weddings and school graduation invitation cards.

“As things stand, I have taken onboard four workers, one of whom is a student, to help me with the work. I plan to expand the venture and become the largest supplier of stationery materials in Nkhata Bay District,” he adds.

It is amazing to see how, armed with courage and diligence, he has created a small business with such a tiny amount of money and plans to roll out to other parts of the district. There is a similar success story at Bolero Trading Centre in Rumphi District, where Mary Mulinda and husband own properties such as houses, farms, shops and a maize mill.

“When the wind about Neef loans got me”, recalls Mary, “it ignited my buried ambition to boost our business and I availed myself of Neef and formed a group to access loans under the Women Loan category,” she says. Little did she know that success was around the corner. The group, which has 10 women, got a loan of K2 million, out of which Mary got K400,000 on March 16 2021.

“To utilise this small loan prudently and realise maximum benefits, I procured Electricity Supply Corporation of Malawi units worth K100,000 and spent the remaining K200,000 on spares for our maize mill to boost its operation capacity,” Mary recalls.

From that investment, she managed to realise K300,000 every four days running the maize mill and, to date, the maize mill has made her a fortune of K2.5 million. She plans to apply for an individual loan and get K5 million to open a wholesale shop at Bolero Trading Centre and compete with one of the wholesalers there.

In Lubinga Township, in the Northern part of Mzuzu City, Tisange Women Group is deep into mushroom production. The enterprise got a capital boost of K3 million from Neef in February 2021. This has seen them scaling their production levels to greater heights, having shared the capital boost at an average of K300,000 per member.

The group hopes to realise close to K1.3 million per member after sales. Presently, the process is underway to partner Nyama World to further scale up production and export to Dubai in the United Arab Emirates and other places. This epitomises that women can, indeed, play a big part in reorienting the country’s export base away from tobacco, if given capital.

After all, when President Lazarus Chakwera made his State of the Nation Address in Parliament on Wednesday last week, he warned that tobacco faced a bleak future. Indeed, three weeks ago, he touted mining as the next big thing. Mary wants to be one of the women making a killing outside the tobacco or mining industry, thanks to the provision of loans, which the government regards as the oil of economic empowerment.

The picture is not complete without putting into the equation Lucia Chisi’s story. She graduated from The Polytechnic, a former constituent college of the University of Malawi, with a bachelor of business administration in entrepreneurship last year.

Confronted by the problem of job scarcity, she resorted to selling beddings. She approached Neef for a loan but was advised to go for a group loan, for which she promptly qualified.

“With my friends, we formed a group of 10 and accessed K 2.7 million from Neef on March 25 2021,” she says, adding that she marshalled a loan of K300,000 and purchased some duvets from Blantyre for sale in Mzuzu.

“Today, I have over K700,000 in my bank account. I plan to go again early next month to satisfy the overwhelming demand for the product in Mzuzu owing to the impending winter,” she says.

Her target, she says, is to generate millions in profits before the long winter is over. While she is satisfied with the startup and lauds Neef’s efforts aimed at economically empowering underserved Malawians, Lucia suggests that loans of higher denominations can bedisbursed to help micro-entrepreneurs like her scale up their businesses.

“We are happy that we have disbursed K1.96 billion to 707 groups in the Northern Region alone,” says Mdyetseni, describing it as a substantial amount that will have a ripple effect on socio-economic activities in the Region.

The manner in which loans are transforming lives bears testimony to the fact that the poor are poor not because they are untrained or illiterate but because they cannot retain the returns of their labour.

This story appeared in the Daily Times Newspaper dated 19th May, 2021 under the same title.