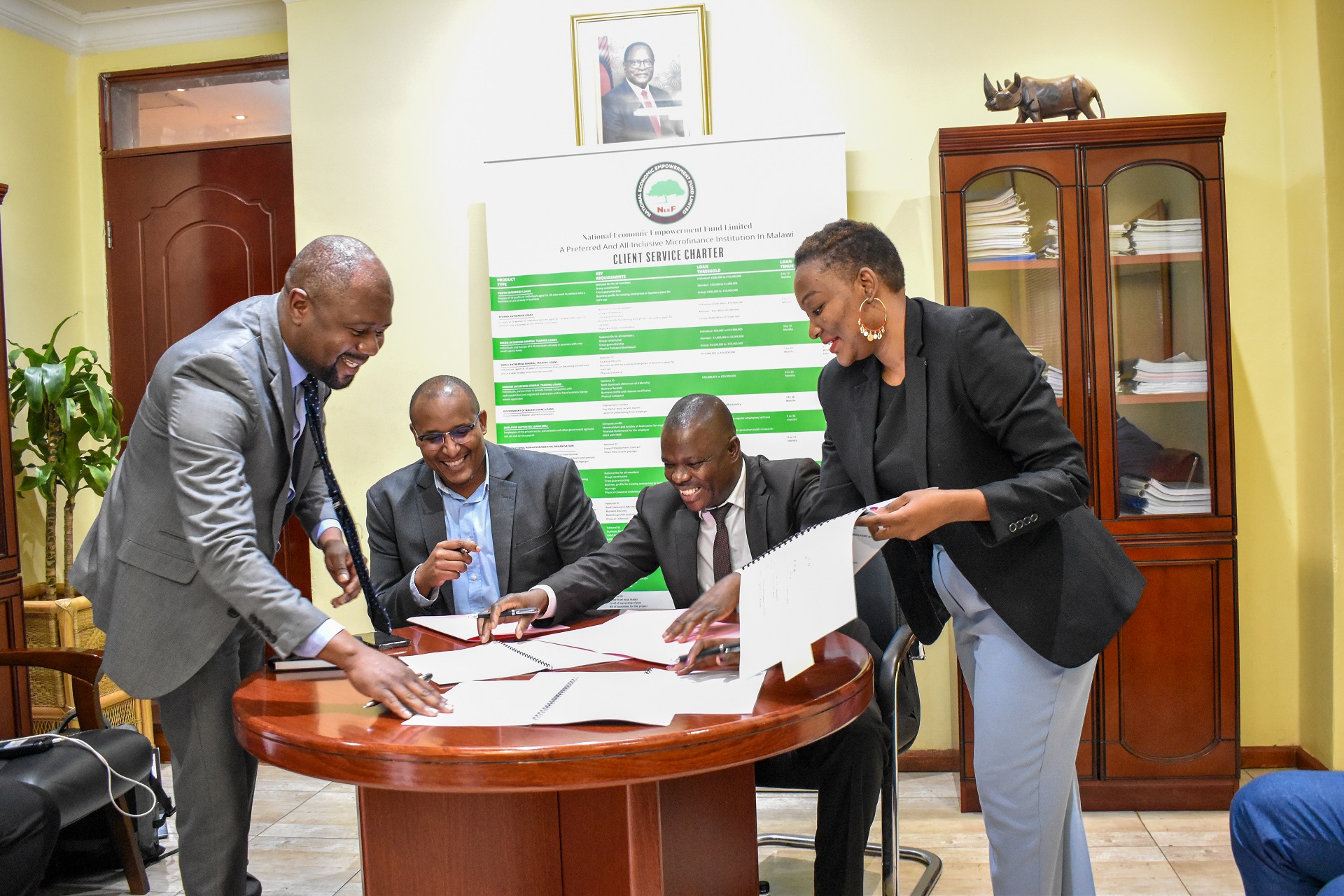 No Comments on NEEF, Macra Sign MOU Towards Affordable DataPosted in News By Whyghtone KapasulePosted on 6 July 20226 July 2022

The MOU aims to put into place an agreement between NEEF and MACRA that will see NEEF provide funds in the form of loans to entrepreneurs looking to become internet service providers at the district level, thereby improving internet access i.e availability and affordability in rural areas.

The MOU came in the wake of an initiative that Macra wants to embark on to provide licenses to community broadband service providers that, due to capital intensity, will require loans from NEEF to roll out in rural areas.

Speaking during the signing of this landmark initiative that will see local Malawians empowered to embark on broadband service provision, NEEF’s  Chief Executive officer,  Humphrey Mdyetseni said he is happy that Macra has acted with speed so that poor Malawians reap from the fruits that the internet provides in the quest to grow the digital economy in Malawi.

In his remarks, Macra Director General Daud Suleman said the issue of digitalization cannot be achieved without involving the indigenous Malawians. He said it is against this background that Need and Macra have teamed up to empower Malawians in the internet services provision in rural areas.

According to Suleman, the initiative will also help in the creation of jobs among the rural masses and ultimately spurs a reduction in data charges.

“Our its intention to increase the Malawi’s Broadband penetration by 10 % from current 33% for effective internet services in the country and growth of the economy.

“Malawi like other countries is advocating for digital economy for fast growth of their GDPs and the issue of digitalisation cannot be achieved without involving the indigenous Malawians,” said Suleman.

In a quest to economically empower poor and underserved Malawians, NEEF has entered into a number of partnerships with the Technical, Entrepreneurial and Vocational Education and Training Authority (TEVETA), TNM Plc, Malawi University of Science and Technology (MUST), and the Malawi Communication Regulatory Authority (Macra) among others.

Meanwhile, the Malawi Government-owned Microfinance Institution has since February 2021 to June 2022, disbursed K35 Billion to more than 105 Malawians in all districts across the country.