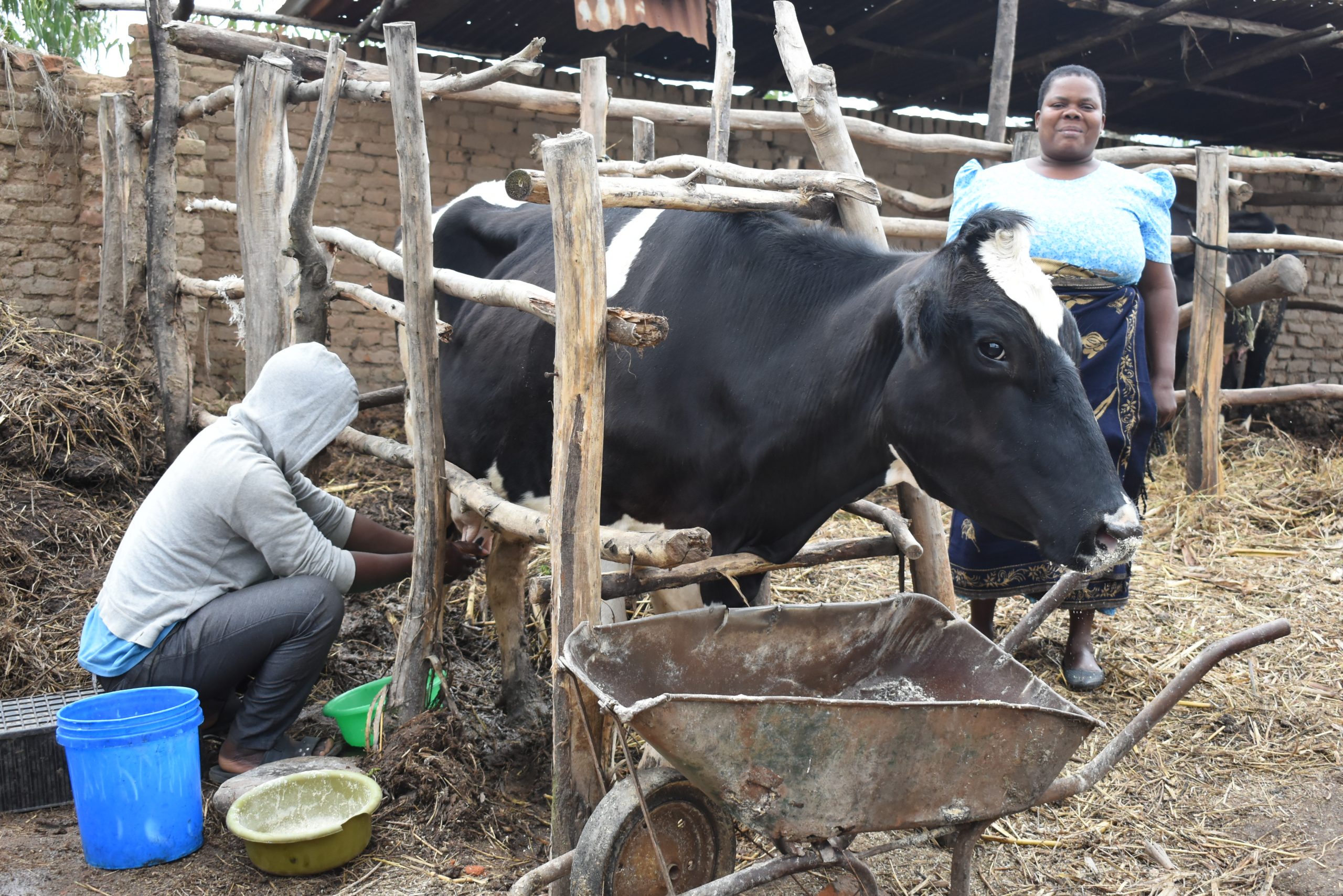 Slyveria Natowo, 47, is a resident of Malonda Village in Traditional Authority Nkalo in Chiradzulu South. She started by rearing goats that she bought in 2016. Her quest to expand the business and venture into dairy farming failed as banks deemed her unable to borrow due to lack of collateral, credit history, audited financials, and other documents.In 2021, when the wind about loans offered by Government-owned microfinance institution, National Economic Empowerment Fund Limited (NEEF) got her, she joined a  group of 10 fellow women from the area and applied for the Women Loan facility in February 2021.

“A loan officer from NEEF visited our village farm to assess the group and growth potential of our proposed businesses. “NEEF sanctioned a 6-month loan facility amounting to K2.8 million for the group in March 2021”, she said.

The group drew down the sanction without using group solidarity as security and Slyveria cut home K400, 000. With this loan, she bought a  fully-fledged dairy cow at K460, 000 in March 2021. She then joined a dairy burking group at Choda where she started delivering 4 litres of milk every day and by the end of April, she realised K125, 000;  K77, 000 of which was used to service her loan and remained with K45, 000. What a lucrative start to business such that she decided to diversify her ventures by using the profit to buy a pig at K14, 000.

A rising farmer now rearing chickens, goats, pig, and cattle, Slyveria decided to employ three boys that are fetching grass for the animals and preparing the maize bran to feed the animals. She pays each one of them a meagre K15, 000 but the amount is so critical to the boys that had been roaming about jobless. The dairy also provides indirect income generation to the villagers by outsourcing the supply of green and dry fodder.